After a recent sailing @ Puddleduck chasing another Mt Gay & a few DF65’s the poor old Badger II was found to be carrying a significant amount of water ballast. With so much water inside her it was easy to spot the leak.

It turned out that virtually the whole hull to deck join was badly leaking so all the previous work waterproofing the hatches was having little or no effect.

At first it was thought that some self levelling epoxy poured into the inverted hull may have been enough to fix the problem but on closer camera inspection of the joint from inside the hull it was decided to remove the entire deck and start again.

The timber Servo/radio/battery/keel mountings had already been removed as they were showing signs of water-logging over a long time & their removal allowed for easier internal access to the hull. 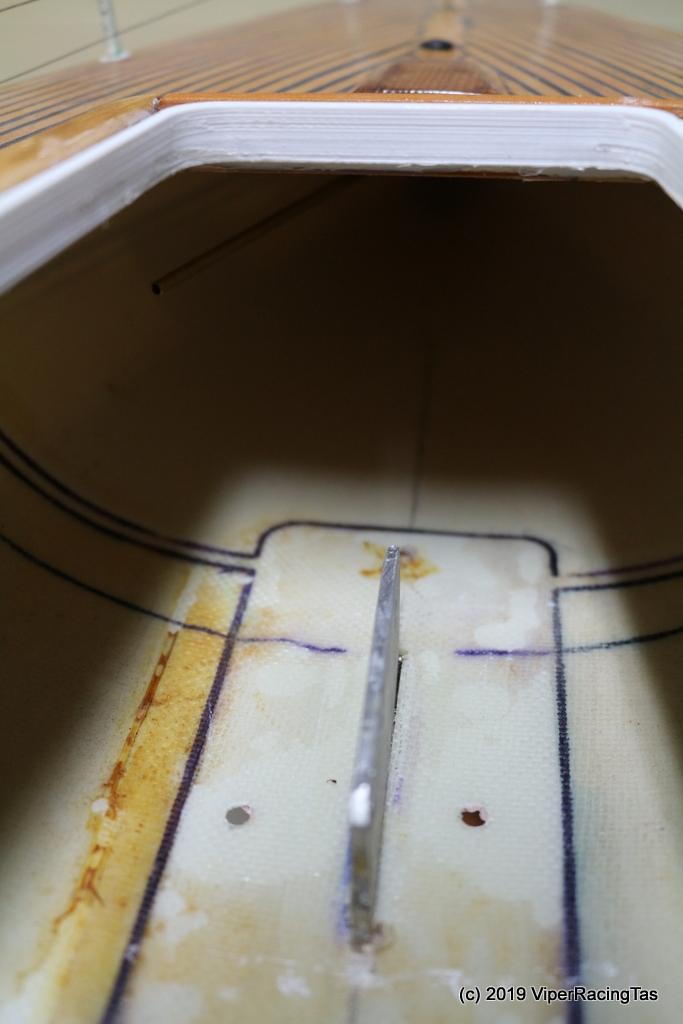 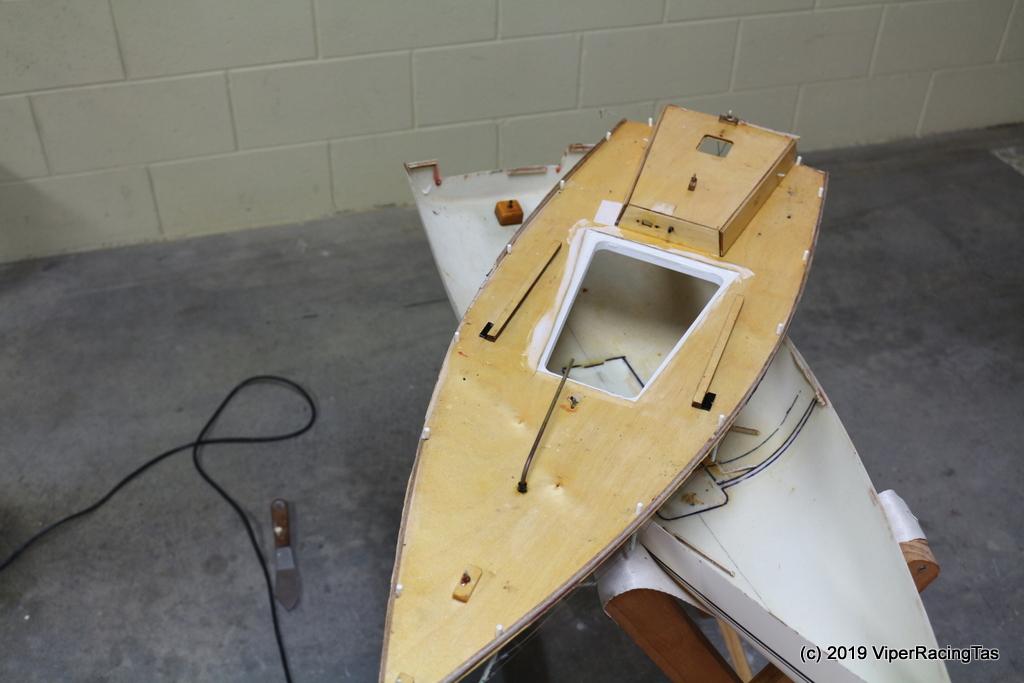 The hull (with deck removed) 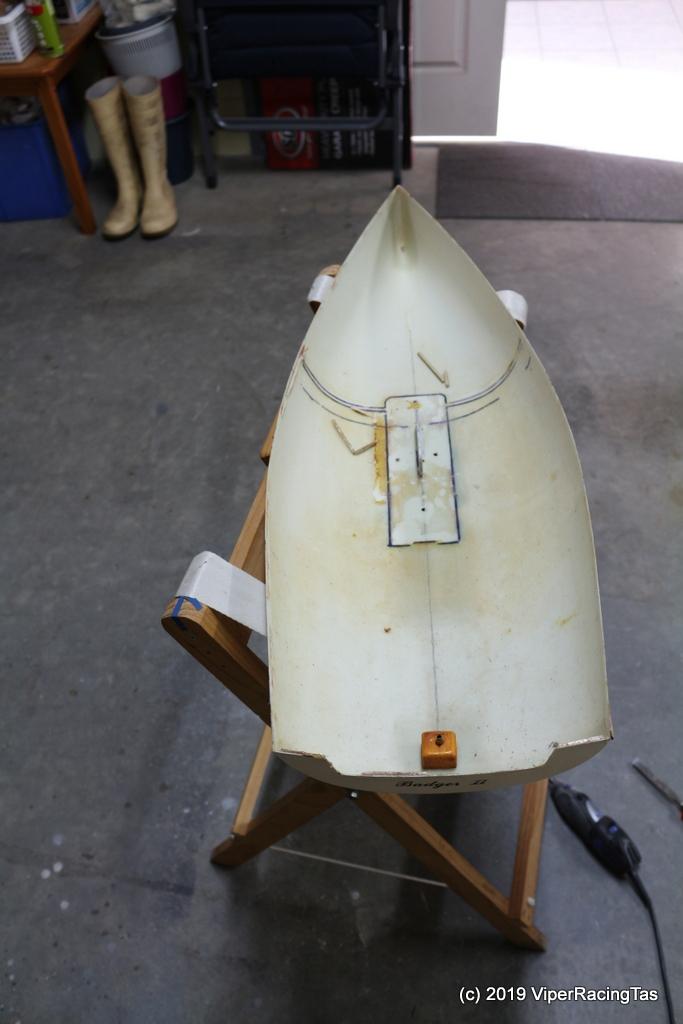 I guess glues weren’t as good 20 years ago or else “Badger II” was built more as a display model but whichever the reason there was very little persuasion required to get everything unstuck with the only damage being the rubbing board around the deck which came off in quite a few pieces.

First order of the day will be fibreglass the alloy keel into the hull then 3D print & install mounting braces for the keel & rudder post. Once that is done then a new timber deck mounting rail will be installed & sealed followed by refitting the deck  after a bit of a clean up.

Not sure yet but I may just fit a new deck entirely as it may be easier.